World No. 1 Jin Young Ko won her fourth title of the year going bogey free in Canada. Joe Hughes has all the details

Jin Young Ko claimed her fourth LPGA title of the season as she stormed to victory in Canada, finishing on 26-under-par to win by five shots.

Congratulations to Jin Young Ko on her win @cpwomensopen! pic.twitter.com/P8CnzjLGp4

The South Korean blew her challengers away with a stunning final round of 8-under having held a share of the 54-hole lead.

Jin Young Ko appears to be unstoppable with another birdie putt on 15. She’s now 24-under par and holds a 3-stroke lead @cpwomensopen.

Her closing scorecard was blemish free and featured eight birdies with six coming on the back-nine.

The World No. 1 enjoyed some wonderful form throughout the week and was particularly impressive on the greens, holing seemingly everything on the final day.

Jin Young Ko appears to be unstoppable with another birdie putt on 15. She’s now 24-under par and holds a 3-stroke lead @cpwomensopen.

Heading into the final day, Nicole Broch Larsen of Denmark was tied for the lead but she was unable to keep pace with the eventual champion.

Having made two birdies in her opening nine holes, a bogey at the 10th dented her chance of victory and despite making two further birdies, she was unable to reel in Ko.

Canadian star Brooke Henderson, who won this event 12 months ago put up a valiant defence of her title but in the end came up short.

.@BrookeHenderson gets her second birdie in-a-row to move to 19-under with 3 to play @cpwomensopen.

A Saturday 65 was the highlight of a good week for the home favourite, she finished in a tie for 3rd alongside America’s Lizette Salas, who will be part of the Solheim Cup team next month.

Defending Champion @BrookeHenderson receives a standing ovation from the home crowd as she approaches the 18th.#CPWO 🇨🇦 pic.twitter.com/vjTMHC4DAj

Carlota Ciganda also enjoyed another good week on the LPGA and recorded another top-10 finish to maintain some good form heading into the Solheim Cup.

There was more to this event than met the eye.

It wasn’t simply about who would be winning the golf tournament, there were also the final few automatic Solheim Cup places available for the American team.

Brittany Altomare locked down the final spot via the Solheim Cup points list with a respectable tied 13th finish.

With her finish @cpwomensopen, @Brittalto has locked in her position on Team USA! (She’s currently T10)

At this point we only have projections to work with for the World Rankings spots, so it is not yet guaranteed who fills these spots, but we have a pretty good idea.

Angel Yin, Amy Olson and Annie Park were all in with a chance of qualifying for the team but projections suggest that it will be Olson who misses out.

Based on Rolex ranking projections, @AnnieParkUSC will edge out @AmyOlsonGolf in some serious computational drama to join @Angelyinlol on the @SolheimCupUSA team off world rankings list. However, it's not official yet, not finalized. So close.

Such is the cruel nature of sport, the projections indicated that a tied 5th finish for Olson would be enough to see her heading to Gleneagles – she finished in a tie for 7th.

Heart-wrenching world-ranking computation for @AmyOlsonGolf. She was projected to need to finish 5th or better at the @CPwomensopen to make @SolheimCupUSA team. She finished T-7. But we're all still waiting for Rolex rankings to finalize.

The American team will be confirmed on Monday when Juli Inkster reveals her two captains picks. 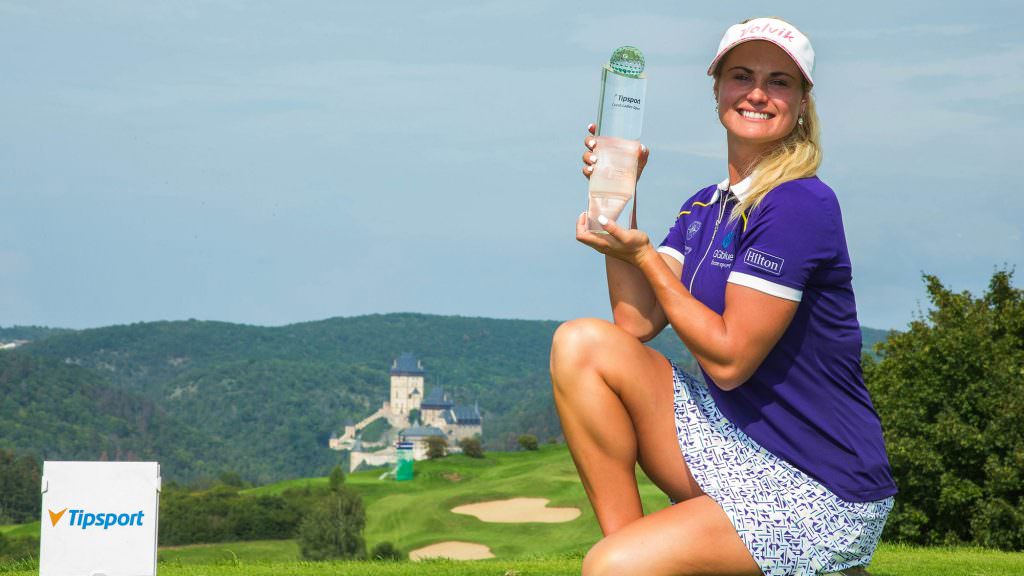