Mi Jung Hur ended a five-year wait for her third LPGA title at the Ladies Scottish Open with an impressive final round performance at Renaissance. Joe Hughes has all the details

South Korea’s Mi Jung Hur won her first title since 2014 with an impressive score of 20-under-par.

The approach of a champion💥

Her first eight holes did not point to any sort of significant title challenge and she was +1 for the day heading to the ninth tee.

But, a string of four consecutive birdies were to follow, and all of a sudden she held the outright lead which she would not give up.

Consistent golf coming down the stretch saw her not drop any further shots and record a crucial birdie at the 16th to give her a three-shot lead with two to play.

With her 5-under-par final round which earned her the victory, she has become the seventh South Korean winner on the LPGA Tour this season.

Speaking after her round on winning on a links golf course, she said: “Honestly, I don’t like links courses, but I think I do now.”

Jutanugarn battled well throughout a sodden Sunday but despite carding four birdies she could not break par and this simply wasn’t enough.

Scotland’s Carly Booth lead the way as far as British contenders were concerned and finished in a tie for 9th, a welcome return to form for the 27-year-old.

The topic on the lips of many at this week’s event was the looming European Solheim Cup squad announcement.

The world’s best will return to Scotland next month when Gleneagles plays host to one of the biggest team events in the sport.

By the end of Monday, we will know exactly who will be donning the blue and yellow colours in a month’s time.

Catriona Matthew, who is captaining the side this year, will be revealing her four captains picks that will make up the 12 and join eight automatic qualifiers who have sealed their place through either LET Solheim Cup points or world ranking status.

Anne van Dam needed a big week in Scotland to ensure that she will be part of the team automatically, and she did not disappoint.

Not crumbling under the pressure, she finished inside the top-10 to book her Solheim Cup debut spot.

In a typically British fashion, the weather conditions deteriorated after the first day’s play and the course and players were subject to some pretty nasty rain, just ask Meghan MacLaren…

The greenkeepers worked from start to finish to insure that play was possible and their work was not only rewarded with brilliant tournament but a little gift from Jacqui Concolino, too.

Booze for all! Hole in 1s = 🍻 for all! Thank you to the maintence staff at The Renaissance Club :) pic.twitter.com/427bx2OKNr

After Concolino’s final round hole-in-one, she made sure she bought a deserved beverage for the staff. 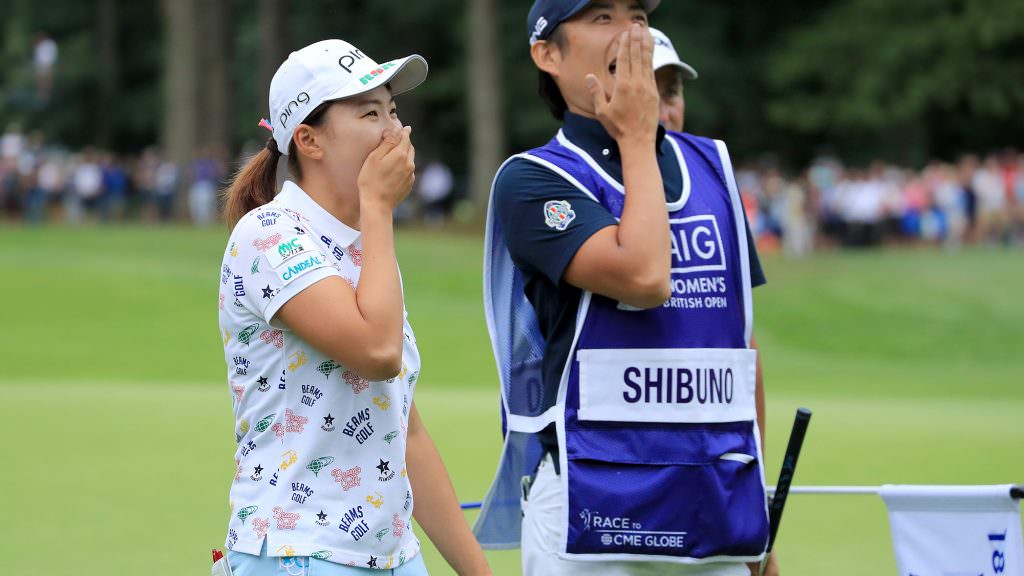