Cheyenne Knight claimed an emotional first victory with a winning score of 18-under-par in her home state of Texas.

The 22-year-old is a rookie on the LPGA Tour and finished with a two-shot advantage over Brittany Altomare and Jaye Marie Green.

The moment she's been dreaming of

Knight looked as if she was a seasoned champion throughout the final day and carded a bogey-free 66 to close out the victory.

Birdies at 6, 9, 10 and 13 saw her head down the stretch in a strong position but it was a crucial birdie at 17 that really put her in pole position for the win.

Altomare who was also chasing her first maiden victory bogeyed the 9th and 18th holes on the final day which ended her challenge.

Green notched her highest finish in her 134th start on the LPGA Tour and without two back-nine bogeys, she could have added a victory to her record.

"I think I had a second caddie up there. I know he's watching in heaven, just so proud of me."@CKnightGolf33 dedicates her victory to her late brother Brandon who tragically passed away in an automobile accident when she was 12.#DriveOn pic.twitter.com/lKlzM8zHlG

As we approach the final part of the LPGA Tour season, many are focused on qualifying for the season ending Tour Championship but for others the focus is on securing their cards for 2020.

Georgia Hall’s top-5 finish looks to be good enough for her to qualify for the vast majority of the tour’s events on the upcoming Asian swing.

This should be good enough to send her inside the top 60 in the Race to the CME Globe standings and a good finish or two in Asia would see her stay there and qualify for the Tour Championship.

Her final round playing partner Stephanie Meadow had a very different prospect facing her knowing that at her position of 112 in the money list would not be enough for her to retain her card for next season.

However, a top-8 finish at this event would see her move inside the top 100 and secure her 2020 spot.

The Englishwoman battled throughout her final round to climb into the top section of the leaderboard and it was ultimately a stunning birdie-birdie finish that secured her card.

Fighting to make Top 100 on the money list, @StephMeadow20 finishes birdie-birdie in Texas.

Watch the conclusion of the @VOAClassic now on @GolfChannel! pic.twitter.com/VfVUqY7ltQ

As well as those battling to keep their cards, there were those playing to gain them.

The Symetra Tour, which is a tier below the LPGA concluded on Sunday and the top 10 players on the money list following the conclusion of play were awarded LPGA cards for the 2020 season.

Full standings are listed below but there was one story that stuck out about the tense conclusion. That was the scenario that Mind Muangkhumsakul found herself in.

The Thai player sat in 10th position heading into the final week, but after missing her pro-am tee time on Wednesday she was not able to play in the tournament.

This meant that all she could do was watch and hope that nobody was able to leapfrog her and take her spot in the big time.

Luckily for her, she has don enough throughout the season to hang on to the final spot and will live to tell the story on the LPGA Tour next season.

Might be the longest couple hours of Mind Muangkhumsakul's career. She is currently 10th on Volvik Race for the Card. She missed her tee time for Wednesday's Pro-am so she is not in the event. A lot of leaderboard watching for her as the groups head to the back pic.twitter.com/83O9XWFAaa

The @ROAD2LPGA ends today with LPGA promotions for these 10 players: pic.twitter.com/BUE6n6faXM 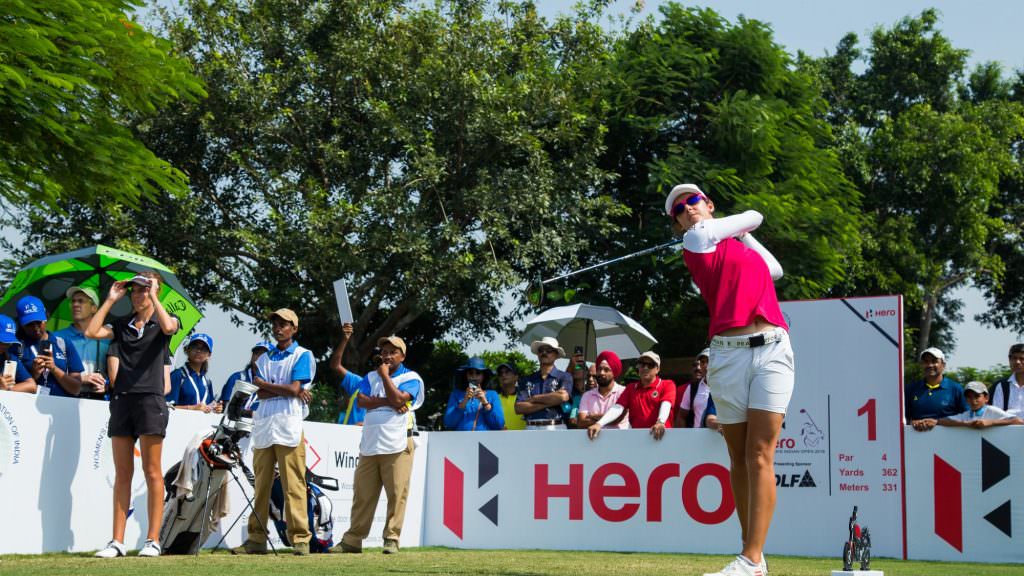