Carlota Ciganda won her fourth LET title and her first in her home country of Spain. Joe Hughes reports

Carlota Ciganda continued her stunning form to claim victory in her home country first time on the LET with a winning score of 8-under-par.

The Spaniard shot a level par 71 on the final day as overnight leader Laura Fuenfstueck struggled to a closing 79 which saw her two shot lead dissolve rapidly.

Ciganda spent the majority of the final round narrowly ahead of her nearest challenger, Esther Henseleit who continues to thrive in her rookie season and finished just one back.

The Solheim Cup star’s final round featured three birdies and three bogeys but it was her 65 on Saturday that really put her in the frame for victory.

It doesn’t get any better than winning in front of your family, friends & home fans 🏆🇪🇸

A birdie at 2 and an eagle at 7 saw her heading into the back-nine with some serious momentum and despite two bogeys coming in, she added another five birdies to her scorecard ahead of the closing day.

On the final day, Henseleit who leads the Order of Merit on the LET recorded the second lowest round of the day with a 3-under-par 68.

With back-to-back bogeys and 5 and 6, any challenge for the title looked all but done for but that was not the case.

The German bounced back three consecutive birdies to close out the front-nine and continued to impress coming down the stretch.

Birdies at 12 and 13 had her firmly in contention but unable to pick up any further shots she parred the remaining holes and came up just agonisingly short.

"I'm very happy to win here in Spain with all the people here. My family are here too. It is very special to win in Spain."#EDMLO2019 pic.twitter.com/naaPXKVIqm

When will this party stop😂👏🍾👍 so happy for you my friend @carlotagolf https://t.co/mThhtAoRys

When luck is on your side 👀 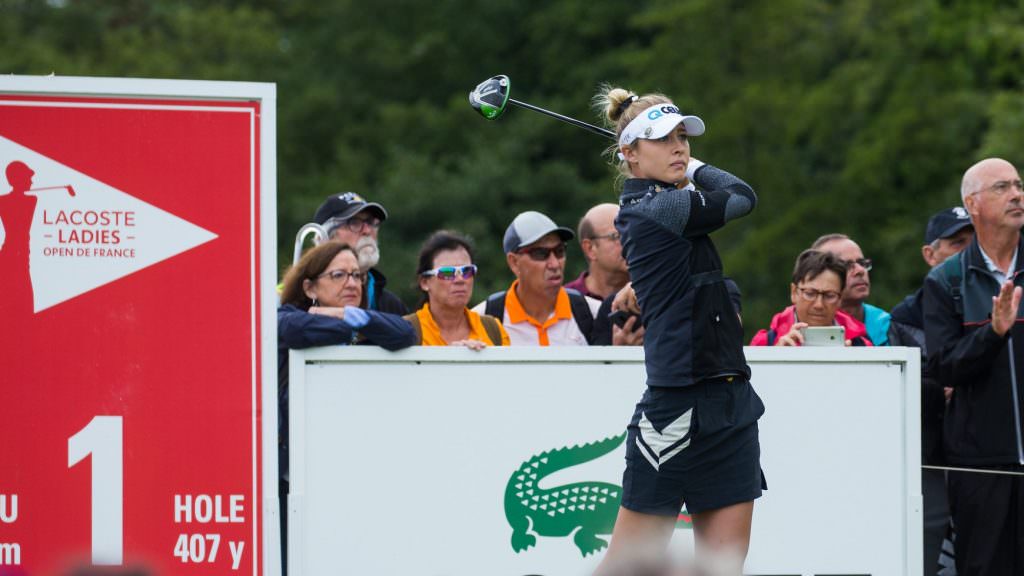