Mi Jung Hur added a fourth LPGA title to her tally as she stormed to victory in Indianapolis. Joe Hughes wraps up the action

Mi Jung Hur claimed her second LPGA Tour victory of the season as she blew away the field at the Indy Women in Tech Championship.

The South Korean followed up on her Ladies Scottish Open win from earlier this year having endured a five-year title drought prior to that event.

With a winning score of 21-under-par, Hur finished four shots ahead of her nearest challenger, Nanna Koertsz Masden.

Having held a 2-shot lead heading into the final day a bogey free round saw her move further from the pack. Birdies at 4, and 9 sent her into the back-nine with a comfortable 5-shot cushion and two birdies coming down the stretch ensured that there wasn’t to be a dramatic finale.

Masden gave her all to the pursuit of the leader on Sunday but left herself with just too much to do on the final day.

Dialed. In.@KoerstzMadsen continues to move up the leaderboard with shots like this.

She makes birdie on 17 to move to 16-under and sole possession of 2nd place @IWITChamp. pic.twitter.com/xYP7uvOPHU

Her card featured just one bogey and six birdies including at the 71st and 72nd holes and this secured a solo second finish.

Oh. So. Close.@KoerstzMadsen hits it close on 9 @IWITChamp. She goes on to birdie and movse to T2 at 14-under.

Several Solheim Cup stars returned to action after a short break and the top 15 was awash with those who teed it up at Gleneagles.

It could have been an even more fruitful week for Law but for poor second round of 75 which was sandwiched between two brilliant 65s ahead of her closing round of 70.

Walk it it!@brontemaylaw walks this birdie putt in on 15 to take a share of the lead at 11-under!

Caroline Masson was the third European in the top section of the leaderboard as she played her way to a tied 9th finish thanks to rounds of 69-70-68-71.

As for the Americans, Brittany Altomare took a share of 12th and Angel Yin finished in a tie for 15th, while Megan Khang and Marina Alex both recorded top 5 finishes.

.@Marina_Deee had a solid day on the job with her eight birdies on her scorecard at @BrickyardGC.

She sits just 2 off the lead heading into Sunday's round.

Her 3rd round highlights ==> pic.twitter.com/4zFwm0ndDd 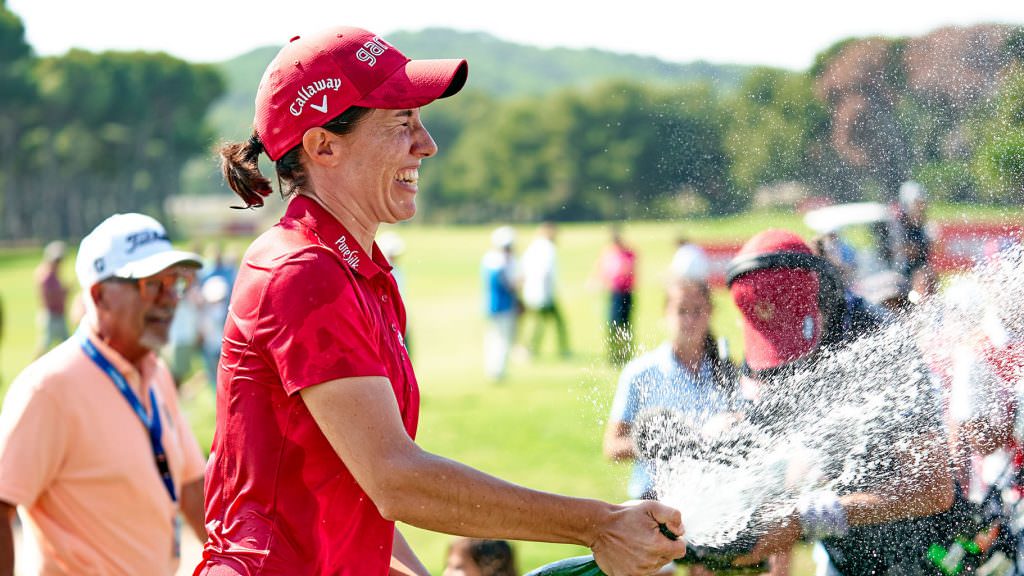